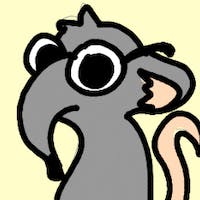 Subscribe to my newsletter and never miss my upcoming articles

For those who do not know (I do not blame them), Go is a programming language that was created back in 2009, although it is in recent years that it is getting more relevance.

Without going any further, in the Stackoverflow annual survey where they analyze the most used technologies From the developers (among other things) we can see that Go is in a worthy 5th position:

In addition to being the 3rd highest paid technology only behind Perl and Scala:

And it is not surprising, since Google has put a lot of effort into this project and it has gone from being a curiosity for developers to being a language to take into account according to which projects. In fact, Docker and Kubernetes are written in Go, maybe we should ask them why 🙄

Go, or Golang as they usually call it, is intended to be a straightforward language, easy to learn and understand by other developers, although this may not be entirely true. The problem is that due to the "few" people who use it, the documentation is rather poor, so if you come across an error and don't know how to fix it, it may take longer than normal to find an answer.

Well, this post is here to try to solve part of the problem. One day while browsing the [Go subreddit] (reddit.com/r/golang), I came across a post that talked about a website with various resources for people who are getting started with Go, and to my surprise it is wonderful.

This is the web:

In it we can see exercises to practice, explanations for all levels and much more. The best thing is that from time to time they tend to add new things, so if you are interested in Go, you should bookmark this page and have it there just in case.